On May 30, the IAS 2017 Post-Conference Workshop on HIV in Eastern Europe and Central Asia (EECA) organized by The International AIDS Society (IAS) took place in Kyiv. The meeting that brought together about 50 key stakeholders was devoted to the results of the 9th IAS Conference on HIV Science (IAS 2017) and the prospects for improving HIV policies and programs in the EECA region. 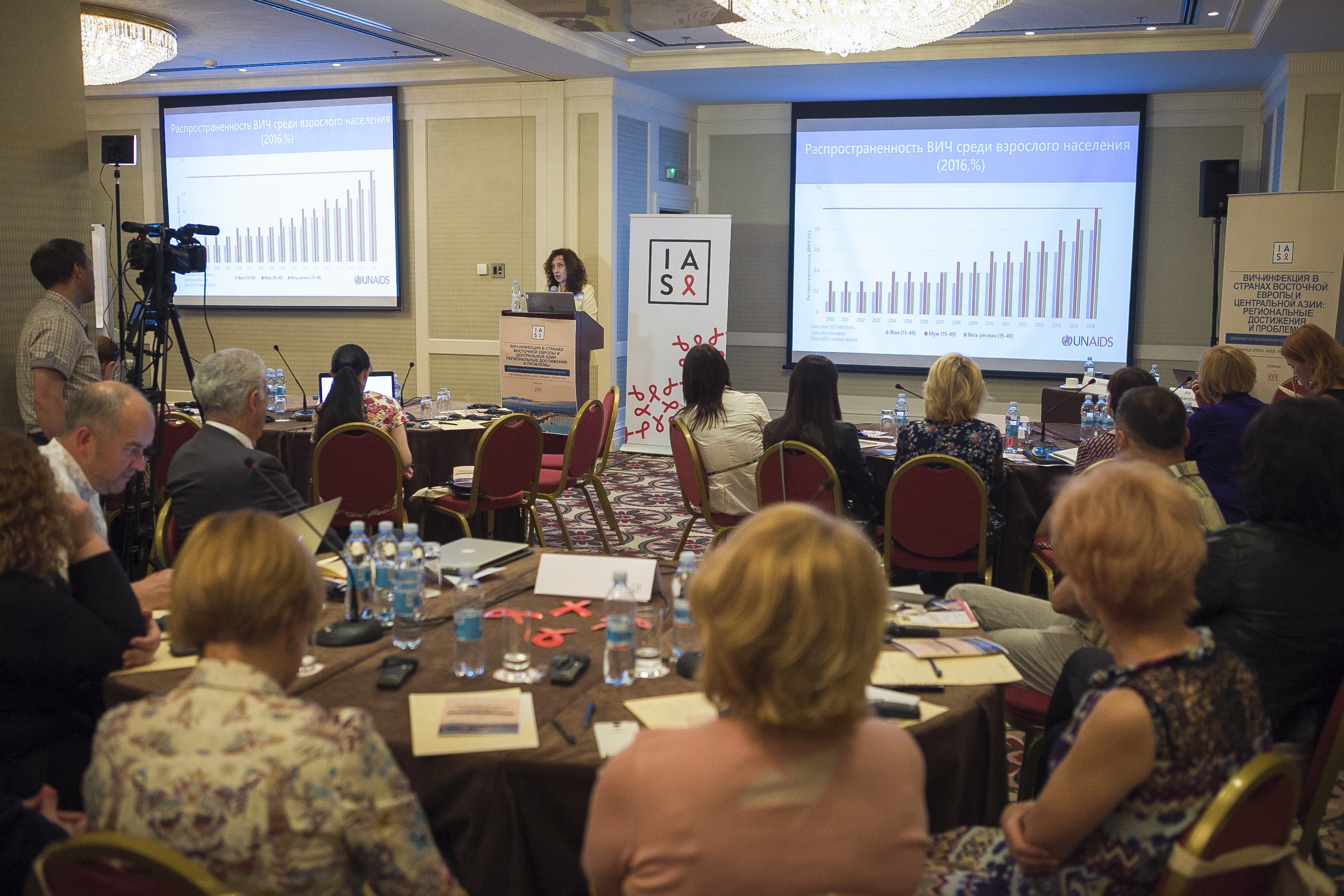 Key scientific and policy messages from the Conference IAS 2017 in Paris were presented to the meeting participants by Special Advisor to the Joint United Nations Program on AIDS (UNAIDS) in Eastern Europe and Central Asia Prof. Michel Kazatchkine.

During the meeting, participants outlined implementation science priorities for HIV policy and programme improvements taking into consideration regional specificity. They presented data on the status of HIV epidemic in the EECA Region overall, as well as in its individual countries (in particular, in Ukraine, Georgia, Kyrgyzstan and Moldova). The researchers paid special attention to the needs and barriers of the key populations: people who use drugs, representatives of the LGBT community, youth and adolescents. According to the conclusions of participants, stigma, discrimination and outdated health care systems in the most countries of the EECA are the significant obstacles to overcoming the HIV epidemic in the region.

The workshop is a part of a series of events organized through the IAS Educational Fund to address the gap between HIV science and implementation. While the HIV response has made considerable progress, this gap remains a persistent challenge for effectively responding to the epidemic globally.

All event materials are available on the site of its organizers: