At the Seventy-first World Health Assembly in Geneva on May 22 Dr. Ulyana Suprun spoke about the transformation of the health system that is taking place today in Ukraine, as well as about the consequences of aggression by the Russian Federation and the occupation of Ukrainian territories. 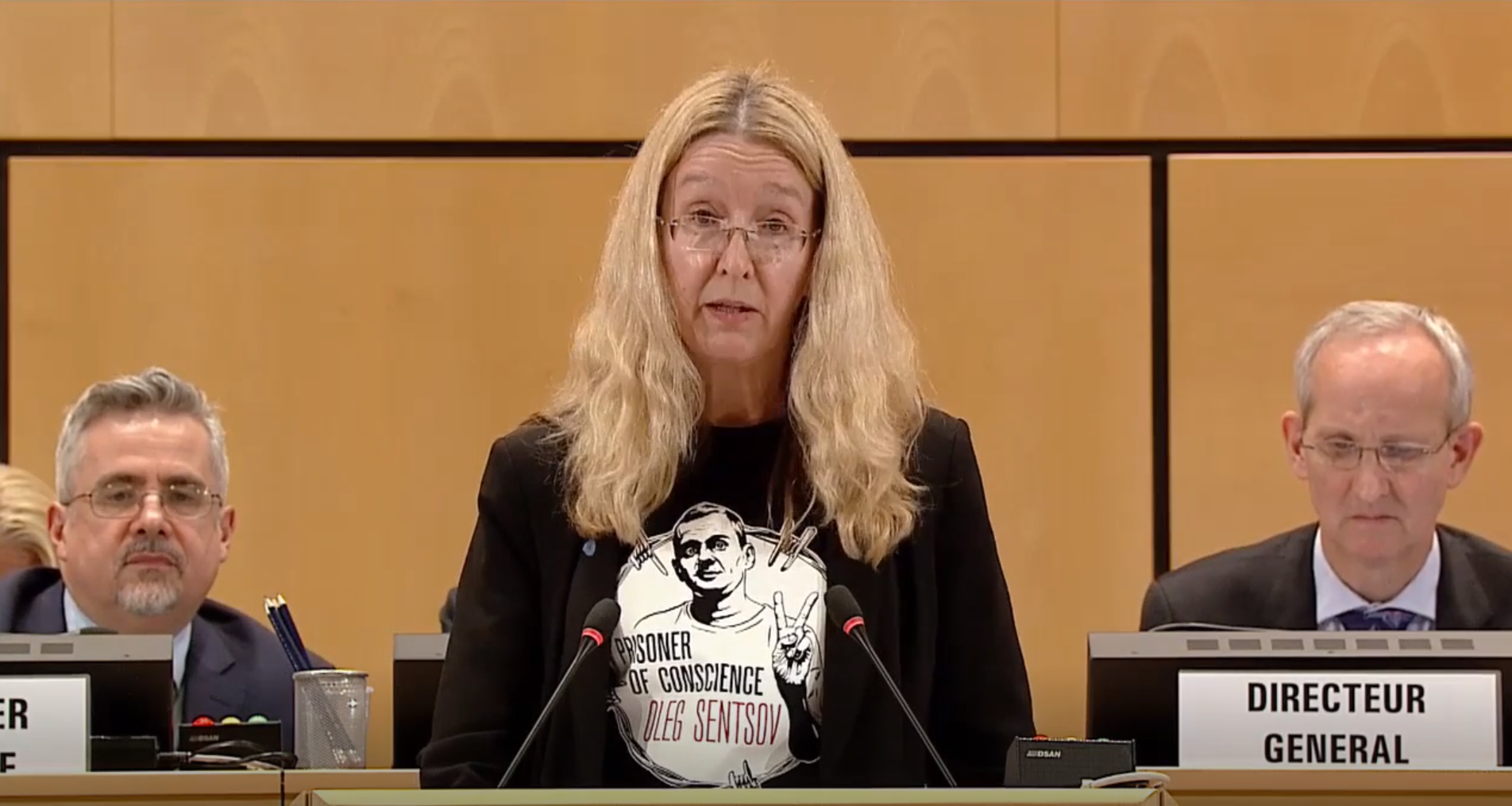 A transformation of the healthcare system is underway in Ukraine, a true paradigm shift from a hospital-centric system to one founded on a modern primary care model including health promotion, prevention and early detection of diseases.

Ukraine adopted a law on financial guarantees for health care establishing a national health insurer and state-provided healthcare coverage with a single national purchaser of services – the National Health Service of Ukraine. (N.H.S.U.)

The state guaranteed benefit package will be paid by the N.H.S.U. with strategic purchasing replacing the old system of input-based financing of healthcare facilities. There is a purchaser-provider split and healthcare facilities have independent management as non-profit corporations owned by local government. New payment mechanisms include capitation payments at the primary care level and a mix of FFS and PFP for specialized care and hospitalization. The entire system is built on a digital solution — eHealth which will act as the source for billing, health data, and quality assurance.

Since April 1 Ukrainians for the first time ever can freely choose their primary care doctor and in less than two months, 5 million patients have signed a declaration with their primary care provider – 12% of Ukraine’s population. In July 2018 the first capitation payments will be paid to primary care physicians, thus increasing their income by 2-3 times over their current low government based salaries.

100% of all payments for primary care will be through the newly created National Health Service of Ukraine in 2019. Piloting of payment for services at the level of specialized care and hospitilization is planned and eHealth will be expanded to include e-referrals, e-prescriptions, and e-medical records.

In 2020 new financing solution goes into effect with medical facilities, public and private, having contracted with the N.H.S.U. receiving direct payments for services. Pharmaceutical reimbursement will also be operated by the N.H.S.U.  And the state guaranteed benefit package will be covered by the national strategic purchaser – the N.H.S.U. Healthcare coverage for every citizen will become a reality in Ukraine.

National procurement of medicines and medical devices to international organizations such as UNICEF, UNDP and Crown Agents, has cut corruption and provided a savings of 40%.
All this has been achieved despite the invasion and occupation of a portion of Ukraine’s territory by the Russian Federation.

Patients in occupied Crimea who refused or did not obtain a Russian passport are denied medical care. On January 24, 2018 a pregnant woman, Tetyana Pimenova, was denied hospital care because she did not have a Russian passport. She died. The Russian Ministry of Health denies substitution therapy for patients causing return to drug use, overdoses and suicides. This is just a snapshot of healthcare in Russia-occupied Crimea.

In the occupied east, Ukraine’s security service identified Russian army colonel Anatoliy Sinelnikov had directed the attack against the checkpoint in Volnovakha in 2015 killing 12 civilians and injuring 19. The S.S.U. also identified Russian colonel Tsaplyuk directed the attack on the city of Mariupol in January 2015 killing 29 people and wounding 92.
Almost 40 political prisoners are in occupied Crimea. Eight of them have been sentenced to a combined 48 plus years. Volodymyr Balukh has been on a hunger strike for 65 days. He was arrested and sentenced to 3 and half years for raising the Ukrainian flag. 28 other prisoners have been detained on politically motivated charges and together they face between 238 years to 405 years in a Russian prison.

Oleg Sentsov, who is also from Crimea was illegally sentenced in 2015 to 20 years of hard labor in a penal colony in Russia's Far East, for the ludicrous charge of planning an assassination of a monument to Lenin. On May 14 he announced a hunger strike until all the political prisoners on the territory of the Russian Federation are freed. At least 22 Ukrainian political prisoners have been sentenced to a combined 203 years plus of Russian prison. 9 other prisoners are facing, together between 90 and 155 years of prison.
They’ve been tortured and are in poor health. I call upon the W.H.O. to demand their freedom and coordinate with the Ukrainian Ministry of Health to assess the health and wellbeing of these prisoners of conscience.

Today, the Kremlin exploits a digital version of Churchill's Iron Curtain transforming elections into rituals, turning freedom into control and denying the world is based on facts. It causes people to think that vaccinations don’t work. In the presence of Russian diplomatic staff, it caused people to drag a man out of the war museum in Canada and beat him for raising a Ukrainian flag. Kremlin active measures behind this 'digital iron curtain' tries to convince policy makers around the world that nothing is real, we can’t trust ourselves, there are no facts, that Ukraine is not European, things that aren’t true. Remember, Russia lies on an industrial scale.

Ukraine is transforming healthcare and is bringing its army in line with NATO and is preventing the outbreak of another world war. Ukraine is showing everyone that facts are real, that liberal democracy legitimizes leadership, that we can trust ourselves to build a better future and a stronger country.